Heart Evangelista grabbed the Best Actress trophy at the 57th Filipino Academy of Movie Arts and Sciences (FAMAS) Gabi ng Parangal on Oct. 18. She played the role of a teacher in Mountain Province in the movie “Ay, Ayeng”.

Other contenders for the award were Sharon Cuneta for “Caregiver”, Anne Curtis for “Baler”, Dawn Zulueta for “Magkaibigan”, Judy Ann Santos for “Ploning” and Melissa Mendez for “Kalakal”. 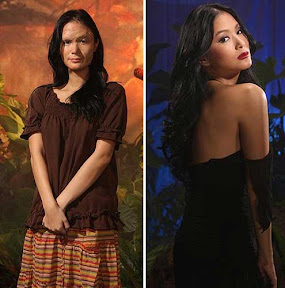 Heart Evangelista excitedly shares about her second project on GMA Telebabad where she’ll play a role you’d want to hate and love.

She is the star of Luna Mystika, her first title role since she transferred to GMA. “It’s the challenge, that I’m finally given another chance—na this is really mine. This is my first baby na primetime. So the whole adventure, the whole achievement na yun excites me. I look forward to that,” says Heart.

She plays Celestina and Luna, the first being the latter’s alter ego. “Celestina is more of the pilya [one], ever since noong bata pa sila.” But here’s the catch—Cestina does not exist physically. “You won’t see her. Si Luna lang ‘yung nakikita ng normal na tao, but siya ‘yung kawawa at siya ‘yung pangit. ‘yung excitement lang diyan is when Celestina starts to want to be seen, and starts to want to feel like a person,” says Heart mysteriously.

The story of this new series isn’t the only thing Heart is raving about. She’s also looking forward to working with the cast members, the combination of which you’ve never seen before in one project. “It’s a fresh cast that you’ve never really seen act together. So I think that’s why it’s also nakaka-curious. [And] the story is amazing. But it’s the actors that give the audience the curiosity.”

When asked what it’s like to be paired with another leading man, she replies that the experience is always hard at first. “I must say that, what you read on the tabloids about the kissing scene and how we like it—I’ve always been not so keen doing those things. So for me, it’s another challenge that I have to kiss somebody else, you know? And when I was young, I remember bilang ko lang ‘yung mga nahalikan ko. It means so much to me. So it’s always a challenge to get to have another leading man. But then again, it’s work. And it’s always healthy din to get to know a lot of people, discuss different things—you learn a lot. So it’s an adventure talaga.”

Heart admits that aside from the initial nervousness she feels from this new onscreen pairing, there are other things that she’s worried about.

And there’s also the dual nature of the character she has to portray. “Well, kasi dalawa kaming characters. The thing is, nobody knows na dalawa kami, they think that we’re one. So that’s the confusing part,” she says.

Despite these apprehensions, however, Heart is set on getting past them and giving her best for this new project. “When I heard [about] it? Especially now [na] ‘yung Twilight, sobrang—nababaliw na lahat ng tao? The thing is, we’re not trying to copy that—it’s different. We’ve never come up with a concept of Beast and Belle [from Beauty and the Beast] having a kid, or [the relationship of] Peter Pan and his shadow! We never focused on that, kung bakit ba sila nag-aaway. Kasi ‘di ba si Peter Pan at ‘yung shadow niya, lagi silang nag-aaway? We’ve never had anything like that before. We’ve had twins, one is bad, one is good—but they’re both human beings. We never focus on mga engkantos, mga ganyan, [which why it’s a totally new concept to look forward to].” 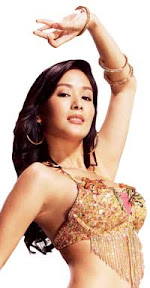 Maybe you’ve heard about the rumor about Heart Evangelista getting pregnant. Read more and decide for yourself. 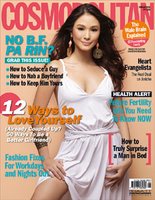